The DfE have placed a requirement on schools “ to promote the fundamental British values of democracy, the rule of law, individual liberty and mutual respect and tolerance of those with different faiths and beliefs.”

The Government set out its definition of British Values in the 2011 Prevent Strategy and reinforced again in 2014. Within our school these values are reinforced regularly and in the following ways:

Pupils at Sholden have a strong voice in our school. We have elections each year for Head Boy/Girl, voted for by their peers, alongside a wide range of responsibilities such as Librarians, Buddies, Eco Warriors and Monitors - who all become part of the School Council. The School Council discuss a wide range of issues and influence how the school is organised. One of the roles of the council is to decide upon the charities we will support each year and which activities they wish to support. Pupils also have a say in what and how they learn as well as a vote on new employees when the school is recruiting.

During larger political events such as elections the school runs its own elections so that children can understand more fully how the democratic process works.

The Rule of Law

The importance of laws and rules whether they are those that concern the class, the school, or the country, are consistently reinforced through the day to day operation of our school, when dealing with behaviour and through school Acts of Worship. Pupils are taught the importance of having laws and the rationale behind them in that they govern and protect us. Pupils are also taught that laws/rules require people to be responsible for their actions and that when they are broken consequences are inevitable.  Visits from authorities such as the Police and Fire Service help reinforce this message. 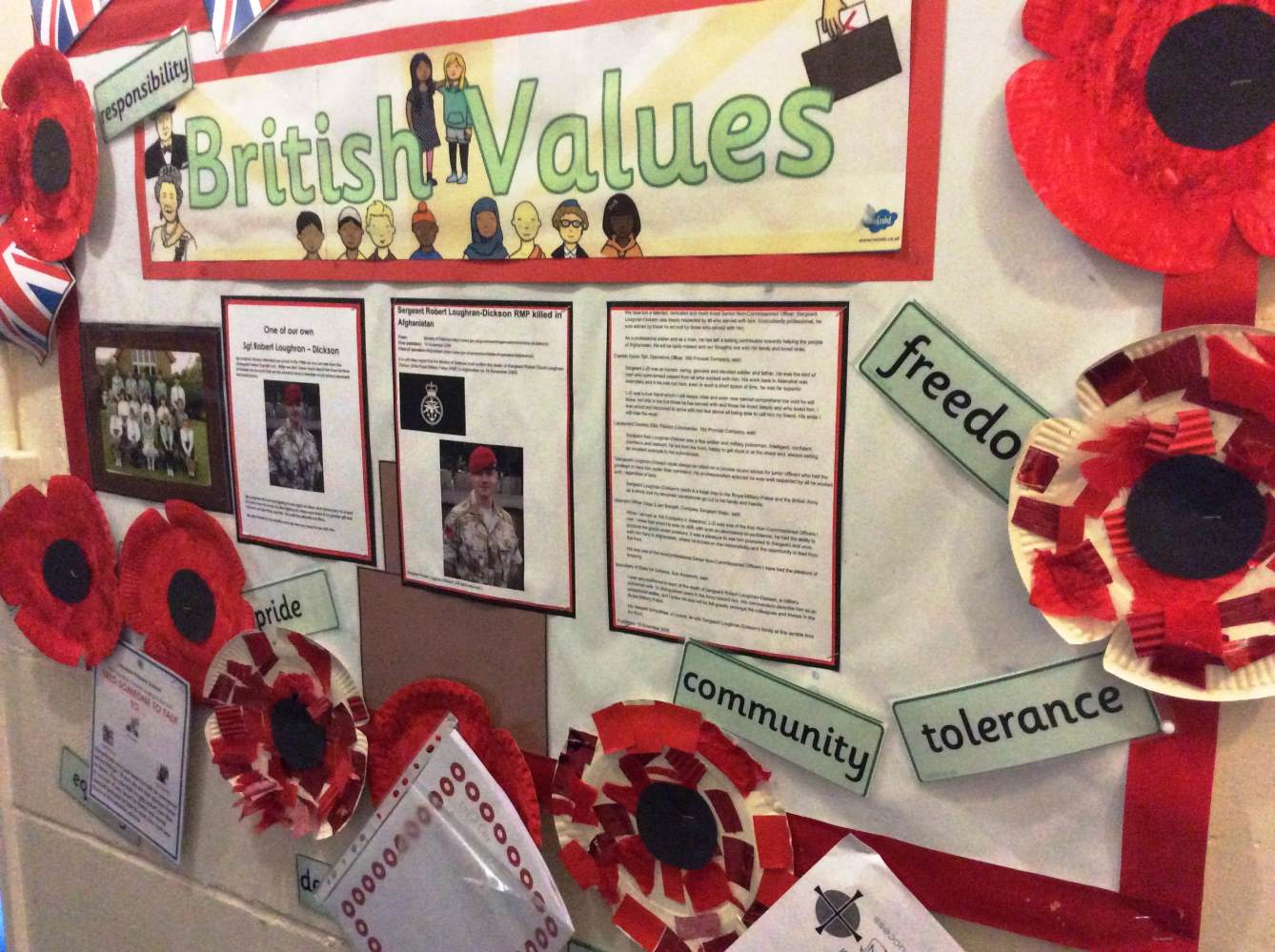 Within school, pupils are actively encouraged to make choices, on a day to day basis whether that is about their own learning or when working/ playing with others. Within school we encourage our children to be confident and to take risks knowing that there is a supportive environment in which to do so. Our school champions the learning values of being: Creative, Reflective, Collaborative and Independent and within these children are encouraged to flourish.

As a Christian school respect is at the heart of our values. Children learn that their behaviours have an effect on their own rights and those of others. All members of the school community treat each other with respect.

Tolerance of those of Different Faiths and Beliefs

Sholden is situated in an area which is not greatly culturally diverse; therefore we place a great emphasis on promoting diversity with the children. Our RE and PSHE teaching reinforce the teaching and tolerance of other faiths. Members of different faiths or religions are encouraged to share their knowledge to enhance learning within classes and the school.