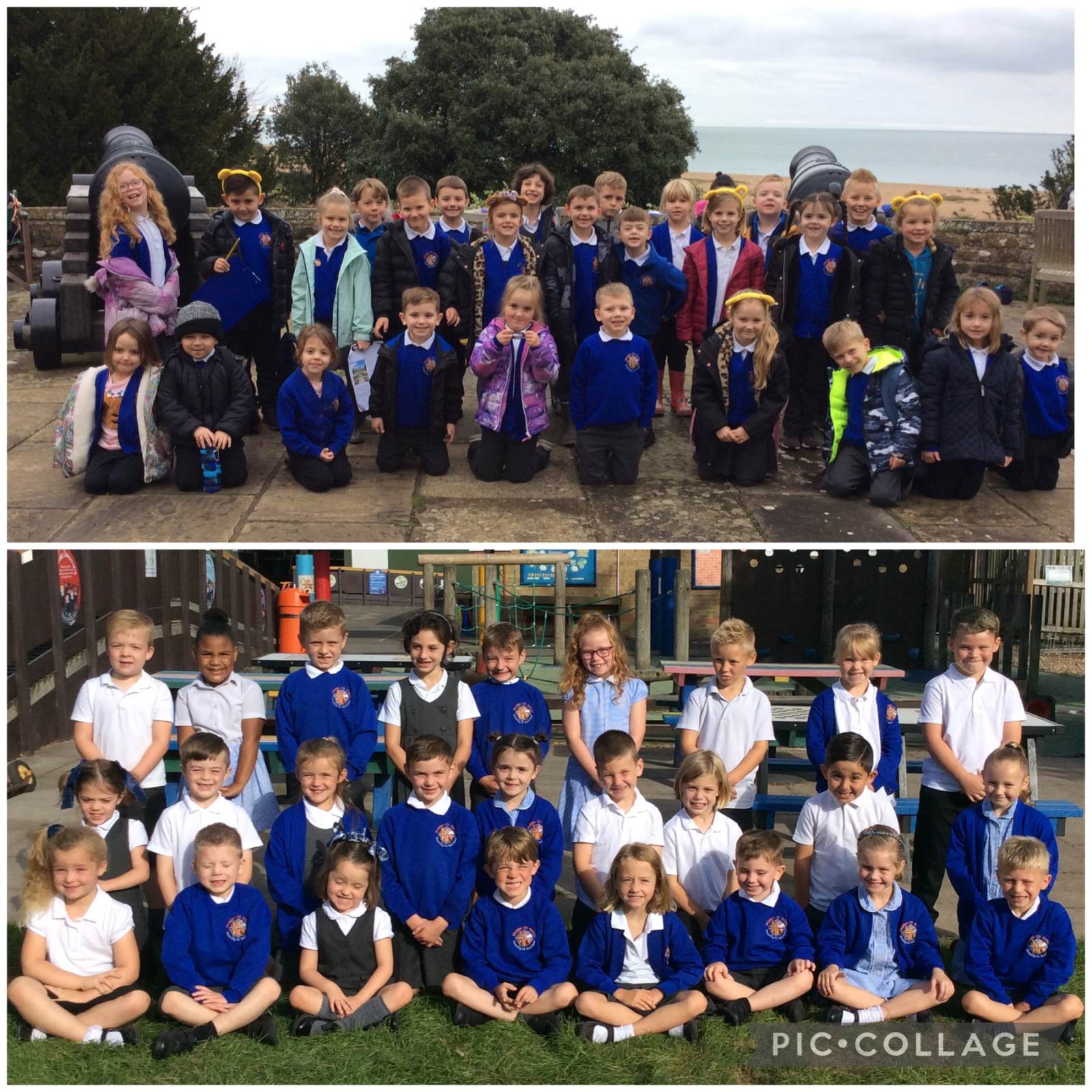 What have Kingfisher's class been up to?

‘Fire! Fire!: Returning to Pudding Lane’
On Friday, the Kingfisher’s continued their exploration of the Great Fire of London by making bread just like Thomas Farriner did in 1666. The children have been learning about the causes of the fire and discovered that it all started in Farriner’s bakery on Pudding Lane when he left the ovens burning over night. To link with their literacy this week, the Kingfishers also wrote some of their own instructions on how to make bread, focusing on using their bossy verbs to make their instructions clear. They had a great morning getting messy and loved eating their tasty treats at the end of the day!
Maths - ‘Exploring Odd and Even’
In Kingfishers class, year 1 and 2 have been exploring different ways to identify odd and even numbers. They worked in small groups to search for hidden number cards all around the classroom and outdoor area. Then working in teams they had to sort their cards into odd and even groups using their super number knowledge! Some children also got messy playing outside practising their number writing in the tough trays.
Science - ‘What is Belle up to now?’
This week, the children commenced a series of experiments to help their class mascot Belle. Belle seems to be getting herself into some very strange situations but not to worry, the Kingfishers ere there to save the day with their brilliant Science problem solving. This week they explored properties of materials, specifically buoyancy and which material would be the best to build a boat and rescue Belle from her island. After their experiment, they all agreed that the best material to build from was metal as it could float and held the most cubes without sinking. The Kingfishers saved the day and rescued Belle - what could she get up to next we wonder!
Term 2 "Rocking Royals" - Kingfisher Class Full of Britain's Finest

This week Kingfishers have celebrated the end of their British royalty focus by having a whole class Royal theme day. The children were invited to come in dressed as a British monarch that they have studied in school or at home. In class the children have been learning about Queen Elizabeth II, Queen Victoria, King Charles II, Queen Elizabeth I and Henry VIII. 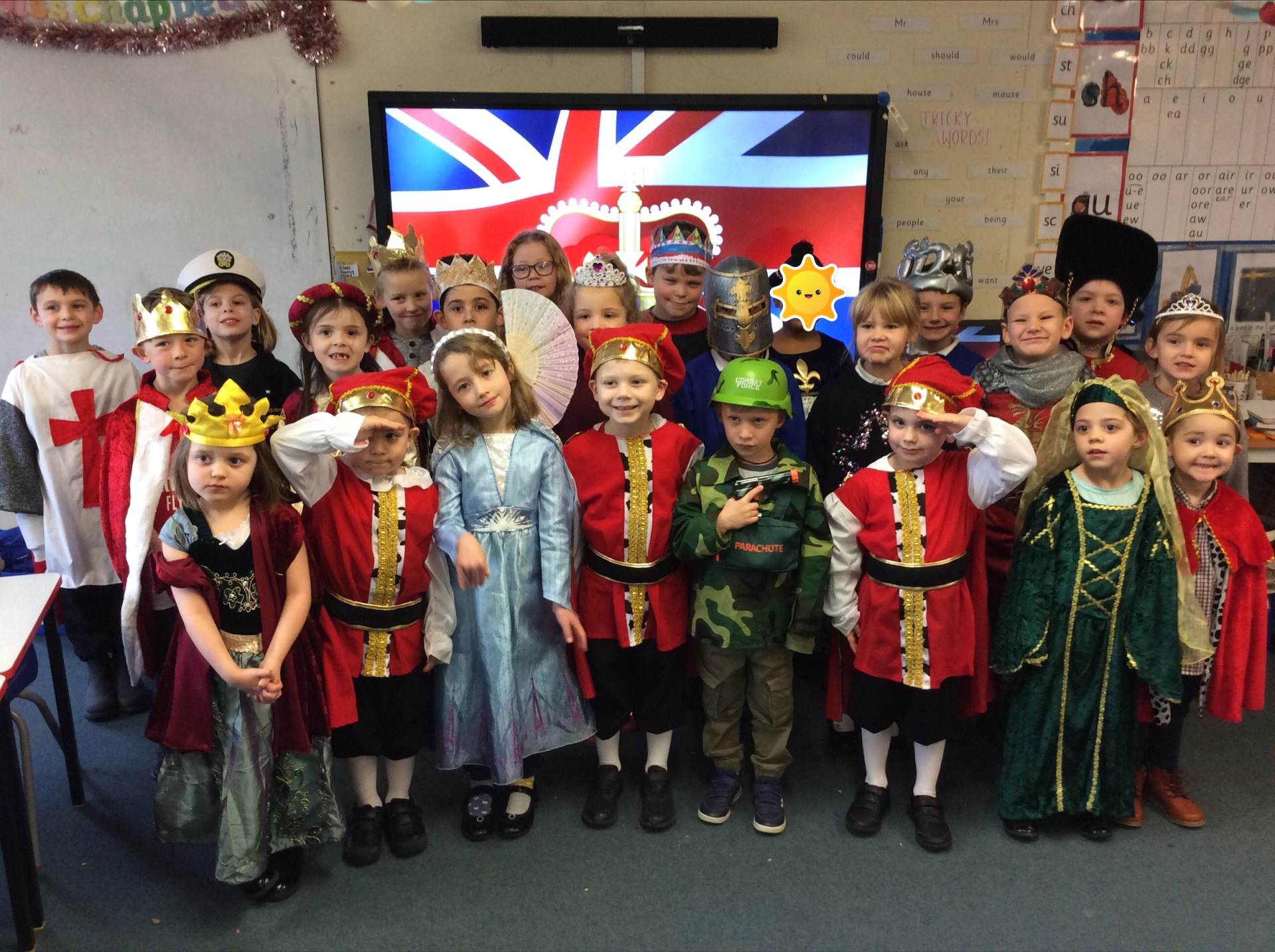 In the morning, the children did some themed writing, pretending they were in Walmer Castle and being waited on by their many servants! In the afternoon, as part of the whole school Christmas crafts afternoon, the children followed a Victorian mince pie recipe to make their own mince pies. The children also got to make their own Christmas cards after looking at some of the very strange ones from the Victorian era. The children now understand where many British traditions come from and why we should be very thankful for our kings and queens from the past and present! '

In Kingfishers we have been enjoying planting- we are growing our own Sunflowers and some vegetables. We have been learning all about the different parts of a plant and have been observing them as they grow.

We grew Cress now we are eating it: 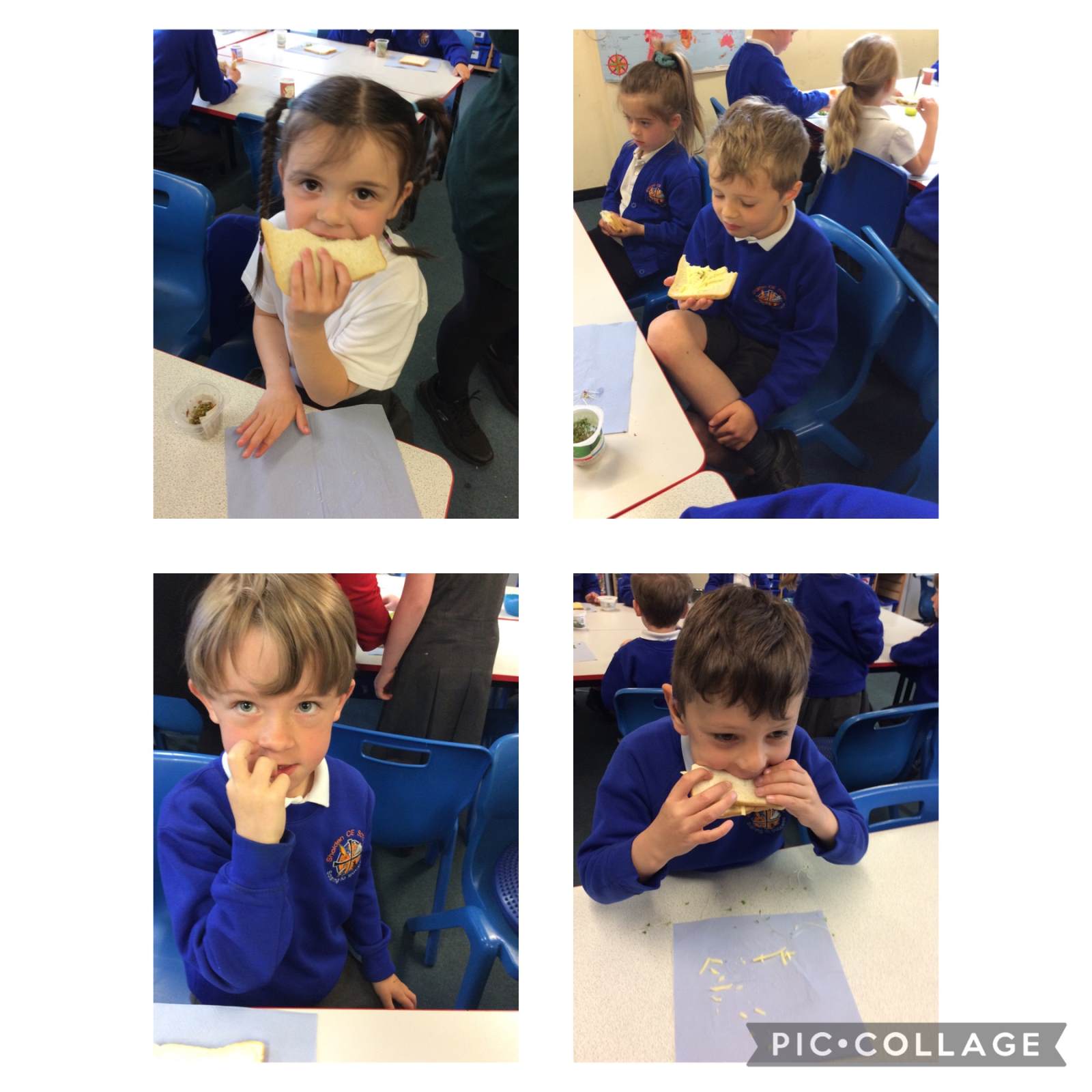 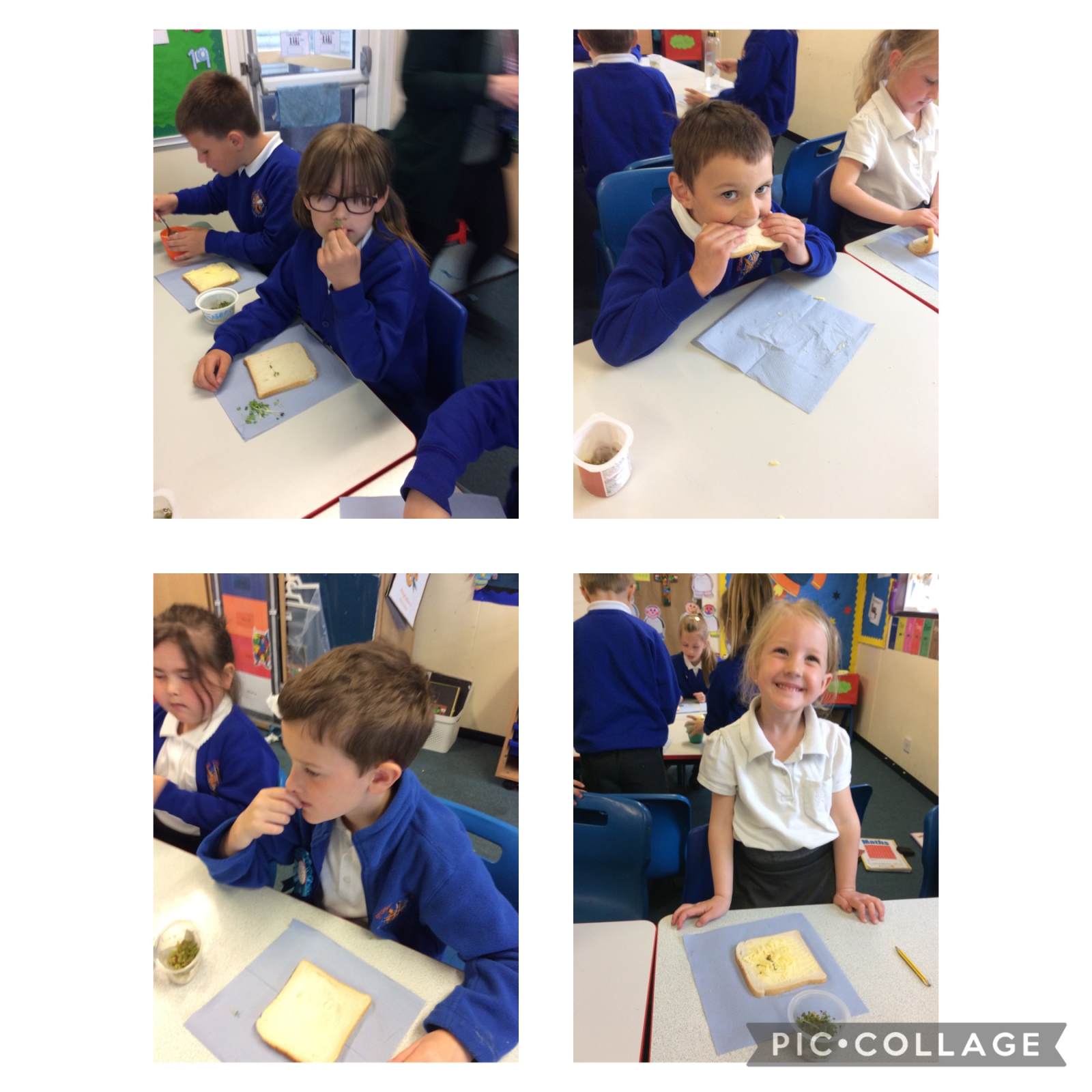 We are beginning to learn about Space focusing on the book Man on the moon. We will be following Bobs adventures into space and thinking about what it would be like if Kingfisher class went to the moon! 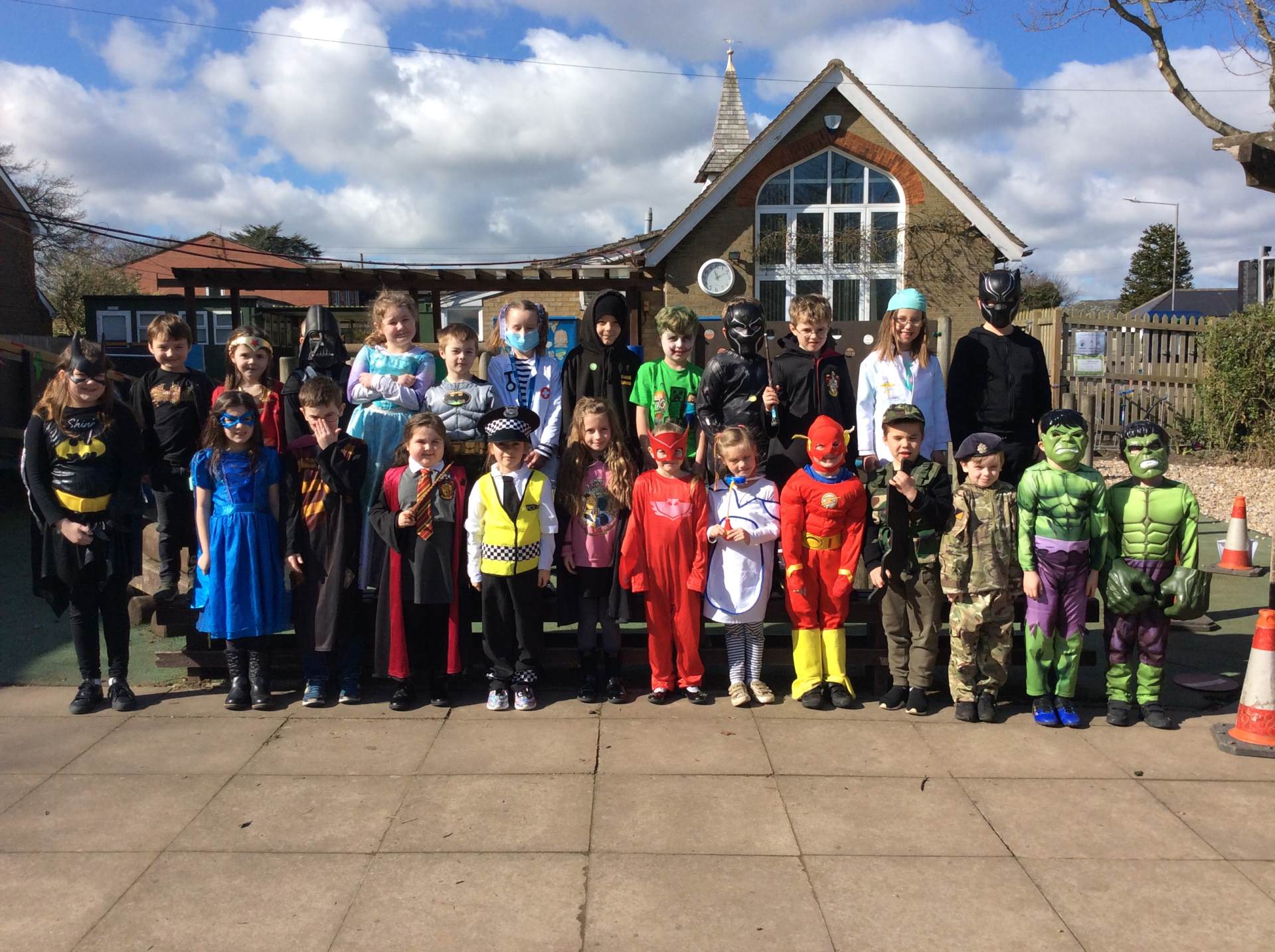 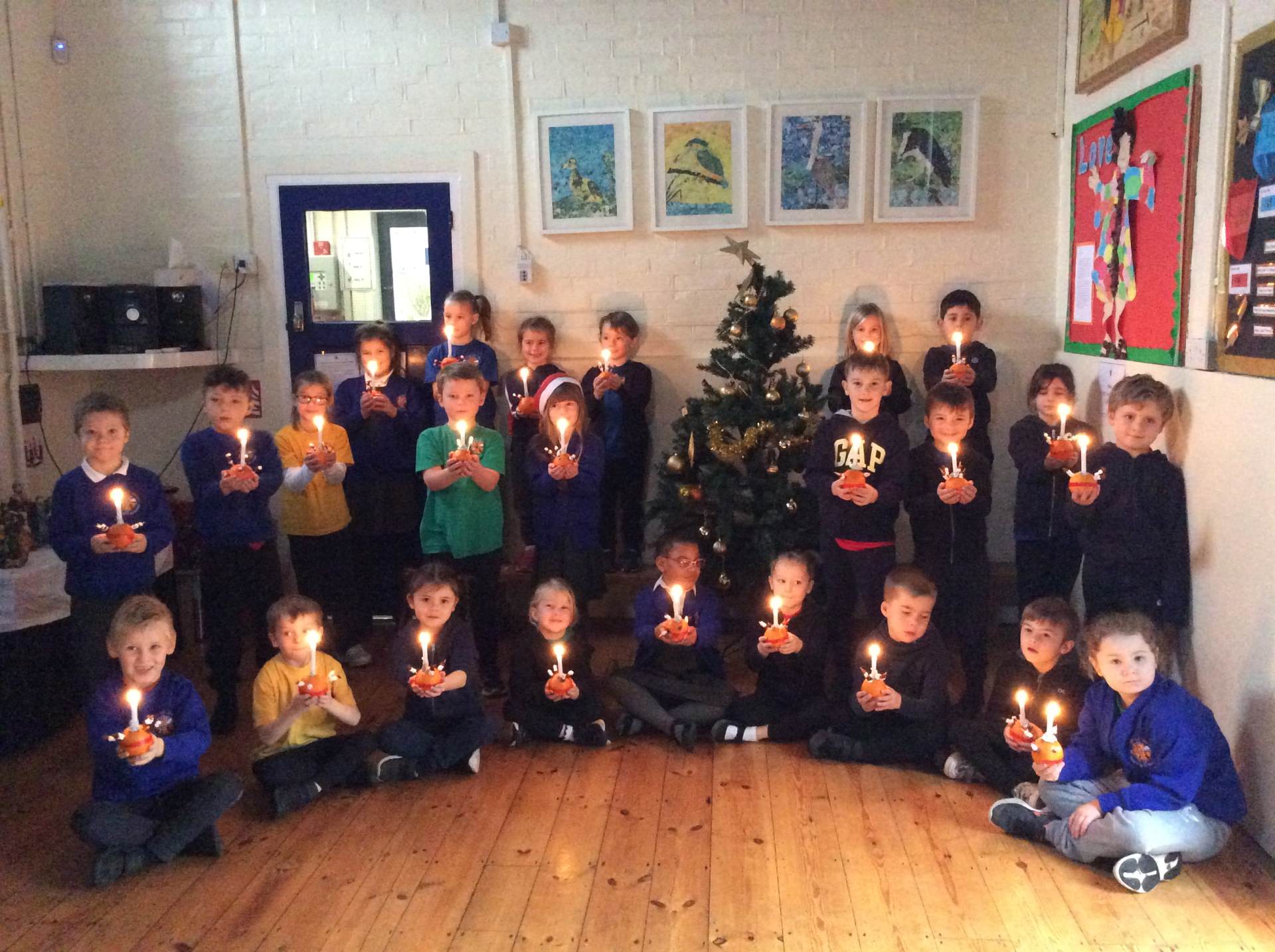 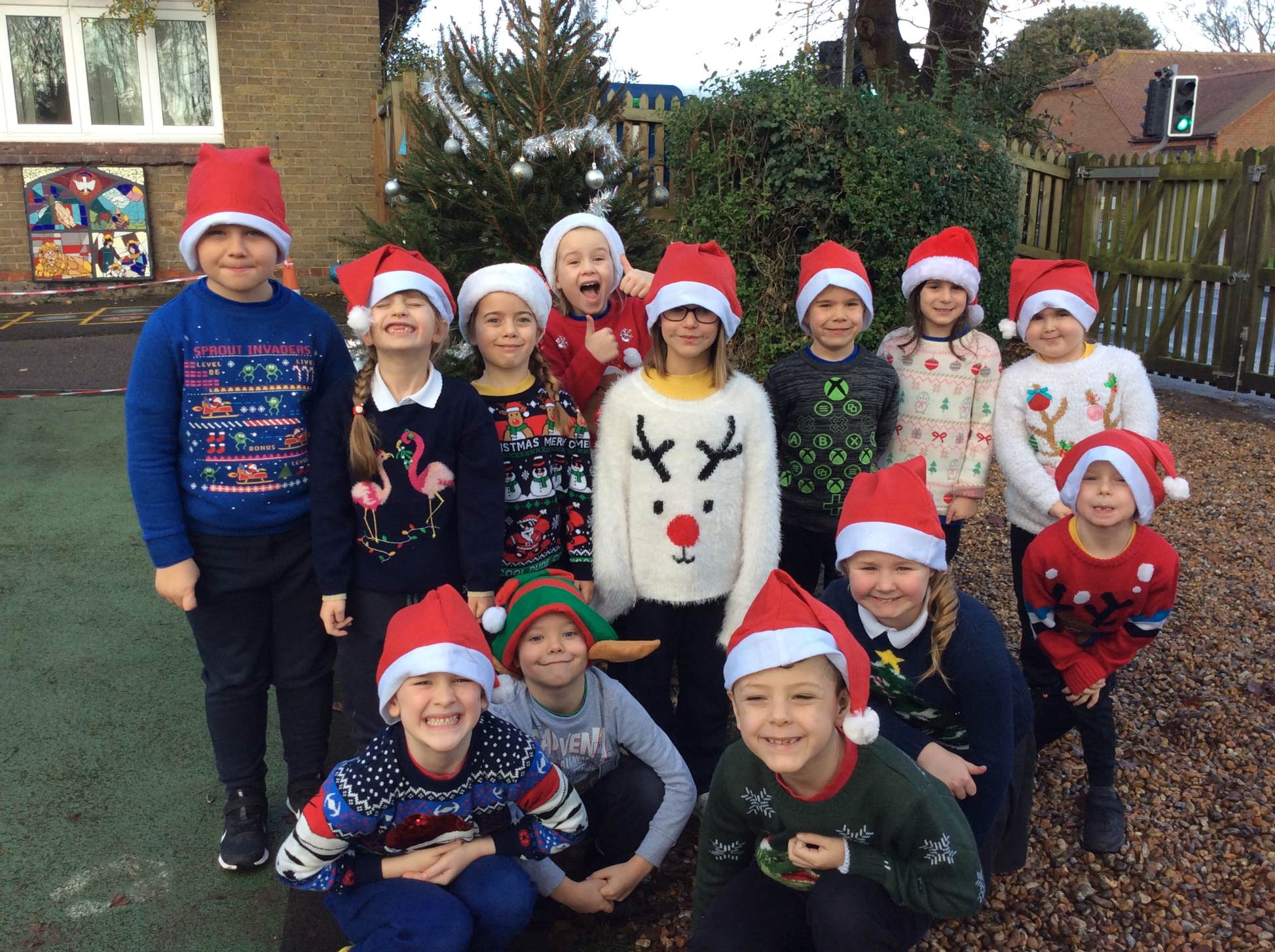